Here it is! The first iPhone 6 clone from China hits the market

Here it is! The first iPhone 6 clone from China hits the market！ 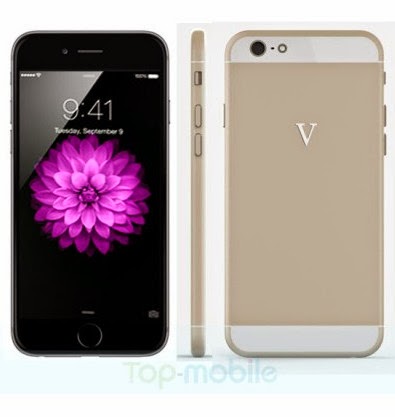 Well it didn’t take long, but this time it isn’t GooPhone that have done the unspeakable, but Vphone with their own iPhone 6 clone.
The V phone I6 is everything which we expect from Chinese knock of phones. It has the same body design and colours as the real iPhone 6, but lacks the iconic Apple logo and in place is a V mark.
The 3G phone has a 4.7-inch display with an impressive 1280 x 720 resolution (for the price), and a powerful quad-core MT6582 processor and 1GB RAM. The specs are actually not that unlike the real iPhone, well expect the V Phone I6 has space for a 64GB memory card, a 5 mega-pixel front camera and 13 mega-pixel rear!
A metal body holds everything together weighing in at 145g with a claimed 2800mAh battery, which is much larger than we would come to expect.
Black and white models of the clone are on sale now for $165.99, while a gold phone will also be on sale in the future. Full specs and details can be seen on the V phone I6, iPhone 6 clone product page here. 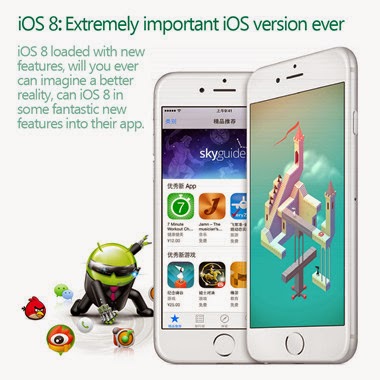 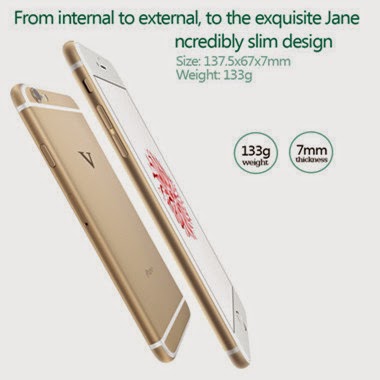